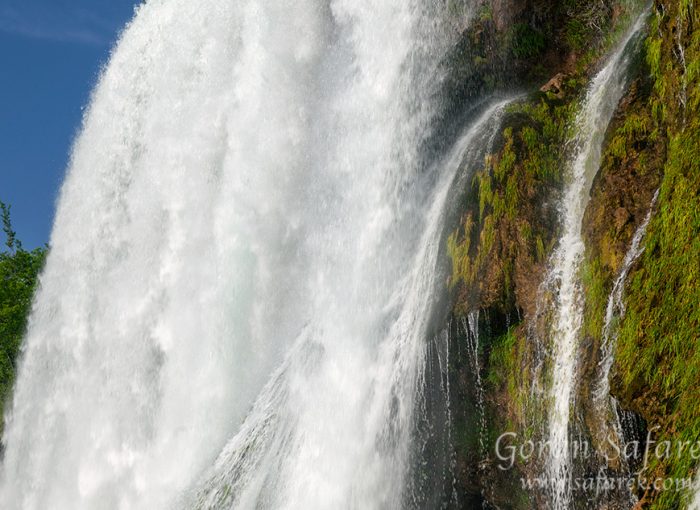 Krčić is one of the most attractive waterfalls in Croatia, located in Knin town.

People built watermills in ancient times, the only energy source for grinding precious grains. Located at the edge of Knin town in the middle of the dry hinterland of Dalmatia, Krčić waterfall roars and sprays. This waterfall is one of the largest and strongest in Croatia. Knin is the meeting point of several smaller rivers that join the magnificent Krka River. The Krčić River is one of these rivers that springs at the foothill of mighty Dinara Mountain. It is a short river with several smaller waterfalls and rapids in the shade of poplars and willows. Krčić waterfalls, often called Topoljski buk is the spectacular ending of Krčić River, which plunges 22 meters down the rocky cliff.

Krčić waterfall is also the birthplace of the Krka River, which springs in the cave below the waterfall. So, this is the ending, the waterfall, the spring and the river mouth simultaneously.

There is a parking near the waterfall where you can leave your car. A short paved trail leads to the site with several informative boards about the river and waterfall. You can even rest and have a snack on the benches and tables. A small wooden bridge crosses the first meters of the Krka River, giving you a great view of the waterfall. Beware, this bridge is very slippery in springtime or after heavy rains. You will also get a free shower from the strong spray of the falls.

The Krčić River almost dries up in summer, so the waterfall is only trickling. 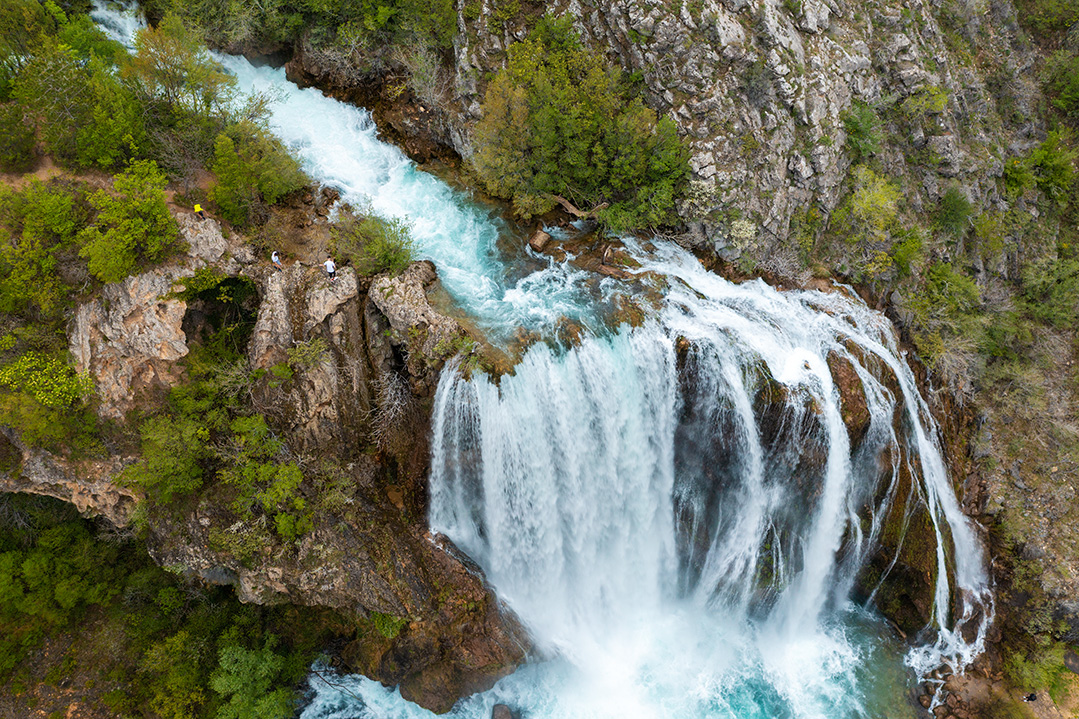 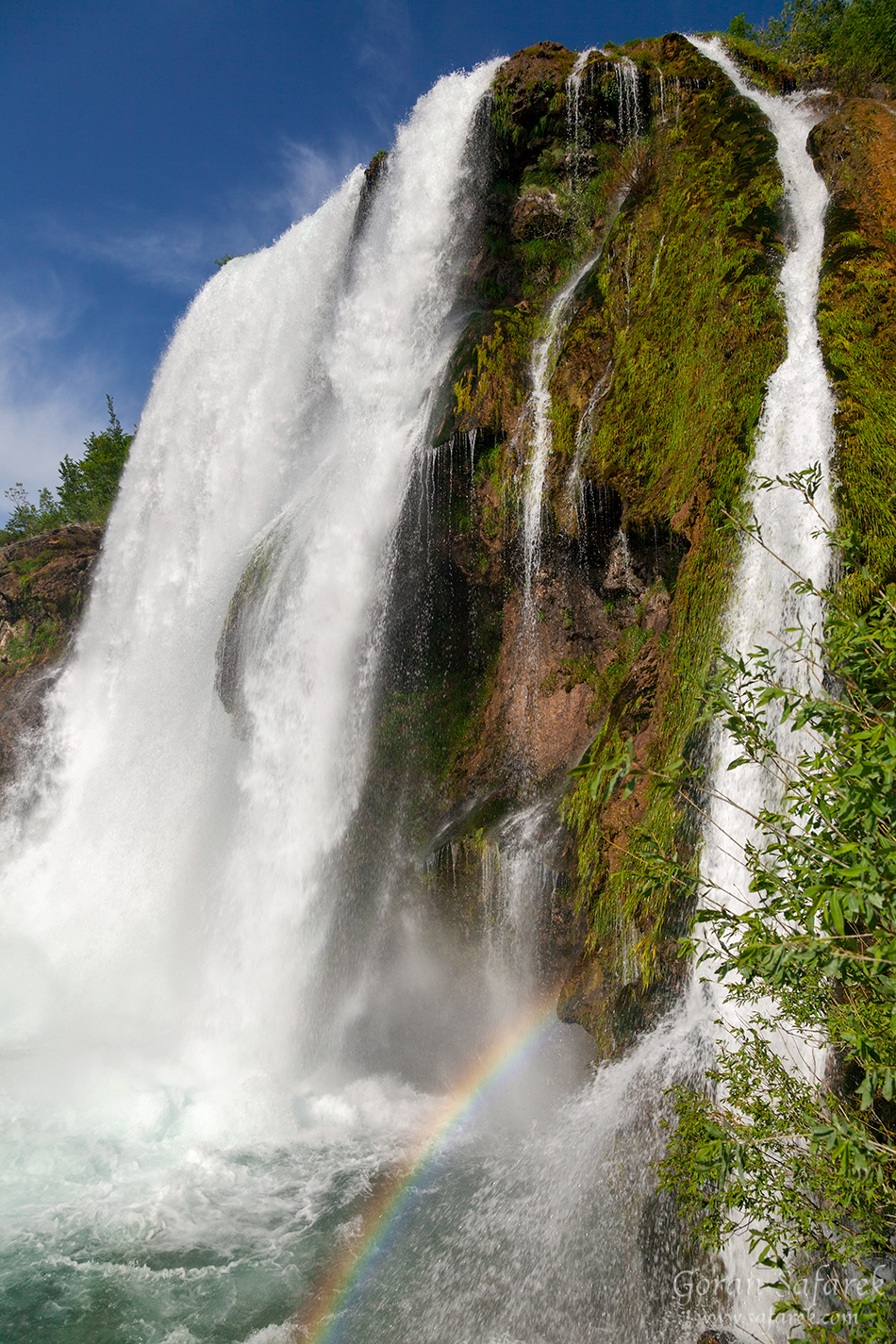 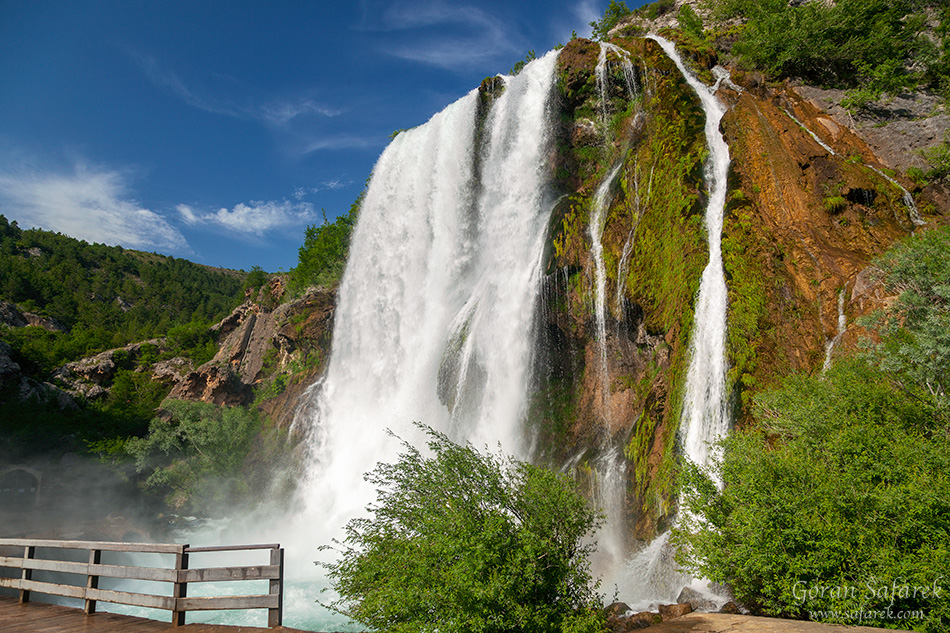 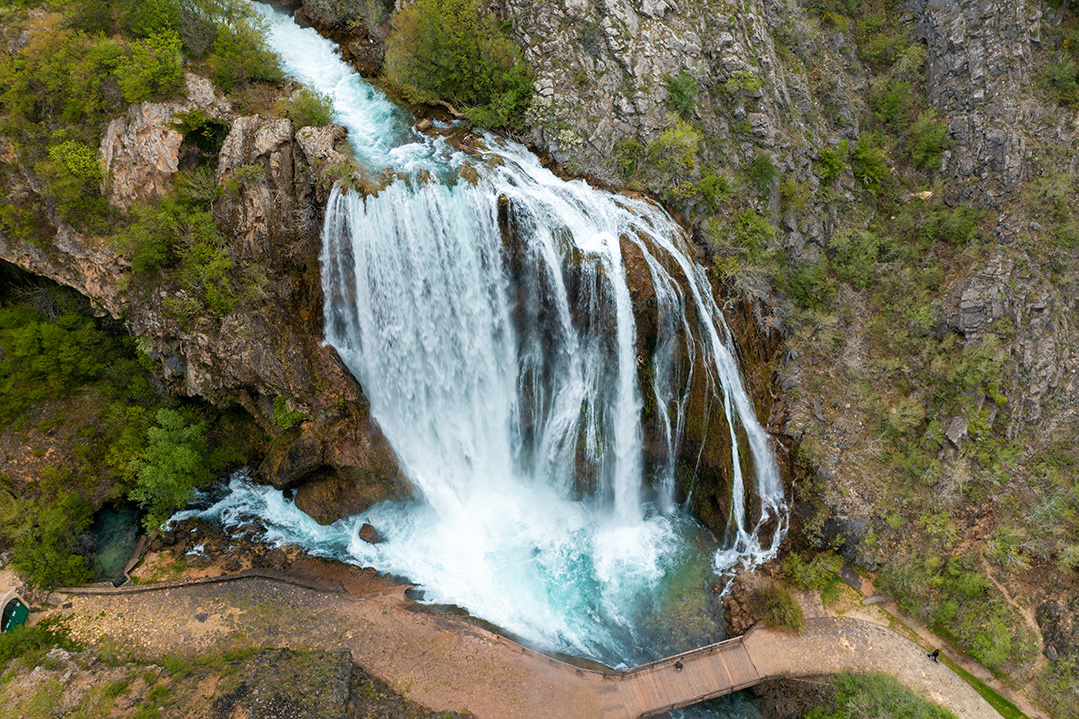 Papuk – a geo park with a magnificent waterfall