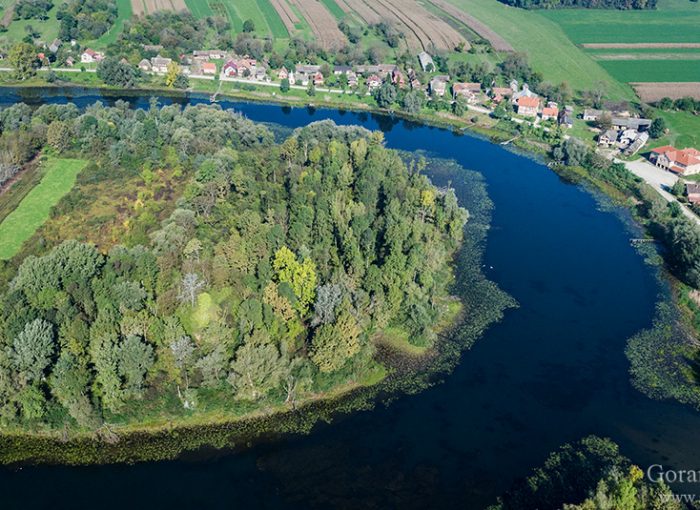 The sky filled with hundreds of the birds, landing on extensive marshes and wet meadows, mingling with domestic animals, this is vast Lonjsko polje. Elusive black storks and white tailed-eagles nest in flooded oak forests, while spoonbills, herons, egrets nest colonially in wild oxbow lakes. Cows, horses and especially pigs roam freely, enjoying the realm of the giant pastures, only retreating to the village in cold winter days, also during floods. Floods are not a bad thing here, just the opposite. The water form big Sava River and smaller tributaries fill very low areas in the spring or autumn, following the rains and snowmelt. Floods keep this natural gem alive, feeding the extraordinary biodiversity, but also store huge amounts of the floodwater, thus saving the people from damages. People have adapted this flooding cycles many centuries ago, building beautiful wooden houses that could be dismantled and moved to higher areas. Traditional villages of Čigoć, Krapje among others still keep its Pannonia charm, both to the people and white storks that nest on the rooftops.

Lonjsko polje follows the Sava River on the left bank, between Sisak and Novska Jasenovac (few kilometres downstream of Jasenovac). Several roads leads to the park, and there is a highway Zagreb – Beograd with Sisak and Novska exit. Lodging is possible on adapted traditional houses, sleeping in a lovely wooden rooms is truly great experience. Lonjsko polje was declared a nature park in 1990, and encompasses 55 000 hectares. Offices and interpretation center are in Krapje, while info center about the white storks is in Čigoć. Restaurants are open in Čigoć (Tradicije), near Krapje (Eco Village) and Jasenovac (Kod ribiča).

The best place for seeing cultural heritage are Čigoć and Krapje, but almost every village offers interesting places. The best time to come is late spring, with the nesting in the peek or early summer during migration. Take plenty of mosquito repellent; in some years those pesky insects could be very numerous. The best places to see domestic animals in large numbers in the pasture are in Mužilovčica. Take the dirt road from the centre of the village.

Pag – a lacy mosaic of nature and culture