A bit of soft soil has nestled amid Dalmatia’s harsh karst landscape, with reeds swaying in the wind and great reed warblers singing across the plain’s acres, with Eurasian coots swimming and dozens of herons resting on sandbanks. This can only be the delta of the Neretva River, the largest wetland of the Adriatic. The Neretva Valley is included in the Ramsar List of Wetlands of International Importance proves just how exceptional it is. Its fertile soil has always attracted people, so today the delta is a kingdom of mandarins, watermelons and other fruits. At the same time, the proximity of neighbouring Bosnia and Herzegovina makes it a major traffic hub.

The Neretva reaches Croatia after it has first flown for 203 kilometres in Bosnia and Herzegovina. In the mountainous part of its watercourse, this magnificent river flows through a canyon, which is very wild in places. At the town of Čapljina, it leaves the canyon for a while. It becomes wider flowing towards Croatia, where the town of Metković is its first stop. Metković developed entirely along the river and with its 15,000 residents is the very heart of the Neretva Valley. Getting to the older part of town takes a little effort because you need to climb Predolac Hill, where Metković was first built.

There’s a good view of the Pelješac Peninsula from Predolac Hill, particularly of its green valley. This flatland was levelled out by the Neretva itself – its sediment filled almost entirely evenly the depressions that had existed there. The river makes its way through the soft sediment easily, often changing course during torrents and branching into countless backwaters, ultimately creating a delta. If you go down to its very edge, you’ll see that it’s an endless field of reeds, cattails, sedges and other aquatic plants. And if you separate the plants’ tall stems, even if slightly, what you’ll see are shallow waters and mud. However, the water surface isn’t completely bare here either – it’s covered with water lentils and multi-coloured water lilies… The swamp’s a perfect place for many small wetland birds that find a home and nest in reeds, so it’s reigned over by great reed warblers and other reed-loving birds. Common moorhens or swamp chickens, rails and Eurasian bitterns swim cautiously on the water, while ducks and coots prefer open waters.

In this alluvial plain, there’re still many small limestone hills above flood stage. A view of the surroundings stretches from Vid Hill, at the top of which lies the Church of St. Vitus from the 14th century, which has finally been restored and archaeologically explored, now accompanied by a new archaeological museum. 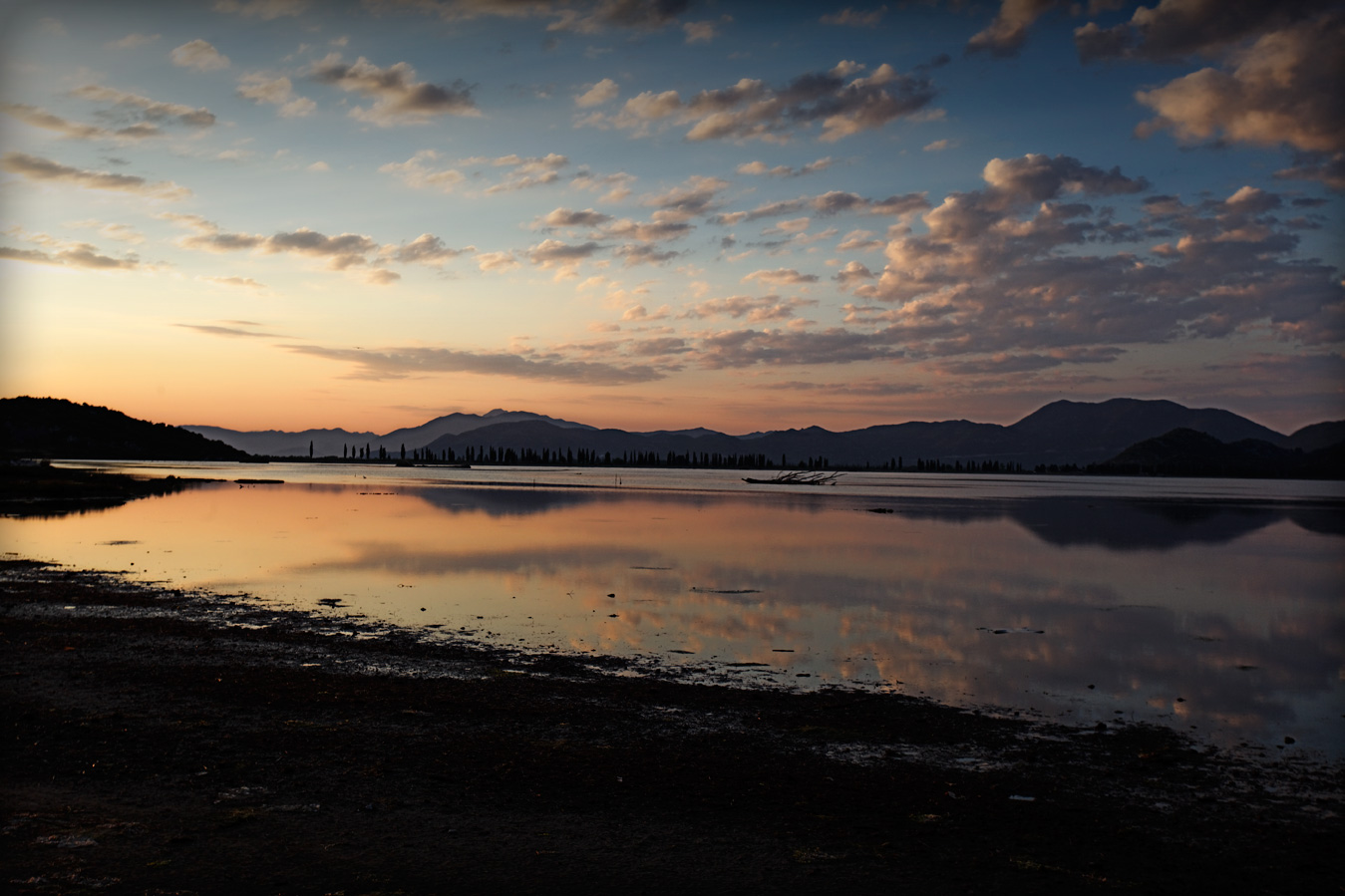 The Neretva River is regulated and therefore, not that interesting. However, its many backwaters and rivulets are genuinely fascinating. One of these is the Norin, whose course you’ll easily trace if you follow the dark green line of willow and poplar trees that stand out against a backdrop of a uniformly light green field of reeds. Still, the best way of exploring it is by boat. The world here is small – the river’s only a few metres wide and bordered by a natural green wall of vegetation.

There were no paved roads here once. The ground was soft and waterlogged, and so waterways were the main routes of travel. In turn, vessels used to be the only means of transport, two types, to be precise: freighters called lađa and small canoe-like boats called trupa. Seven meters long and up to three meters wide, freighters or lađas are transport vessels used to transport agricultural products and livestock. They’re either rowed or pulled with the help of long ropes from the banks. By contrast, the much narrower and more elegant trupa can carry only one or two persons. These traditional vessels are still in use, although much less than before. However, wanting to maintain their tradition and attract tourists, the people of Neretva started a Boat Marathon from Metković to Ploče.

Downriver, the Neretva reaches the town of Opuzen, which today boasts a restored town centre – King Tomislav Square shaped like a Roman forum. The history of Opuzen dates back to the Republic of Ragusa (today’s Dubrovnik), and it’s believed that its name comes from the Venetian Fort Opus. At Opuzen, as many as 12 rivulets spread from Neretva’s principal watercourse, the biggest of which is Mala Neretva. 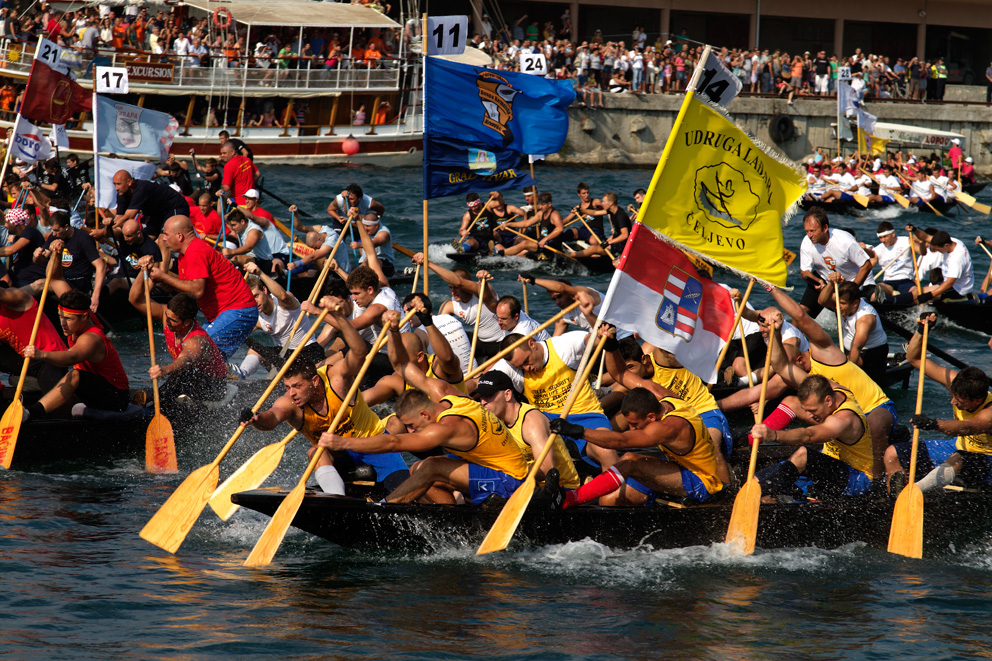 Downstream from Opuzen, reeds and sedges are almost entirely replaced by plantations of mandarins and other crops. In recent decades, intensive agriculture has radically transformed the Neretva Valley around Opuzen. The warm Mediterranean climate with mild winters and fertile alluvial soil is what agricultural development is based on. Yet, although it’s in the middle of a swamp, not enough rain falls in the summer season, which is why the valley has been irrigated. Today, it’s difficult to tell which watercourse is natural and part of a network of artificial irrigation canals.

There’re also lakes along the elevated fringes of the valley and next to water sources. Distant and preserved, Podgrede, Prud and Orepak are bird reserves. The Modro Oko (Blue Eye in translation) and Lake Desne protected areas should not be forgotten either. Proclaiming Lake Kuti and the Parila Lagoon a bird and fish reserve has recently been proposed. The Parila and Vlaška lagoons’ brackish water to the north is ideal for the spawning of fish and for the feeding and growing of fish fry. 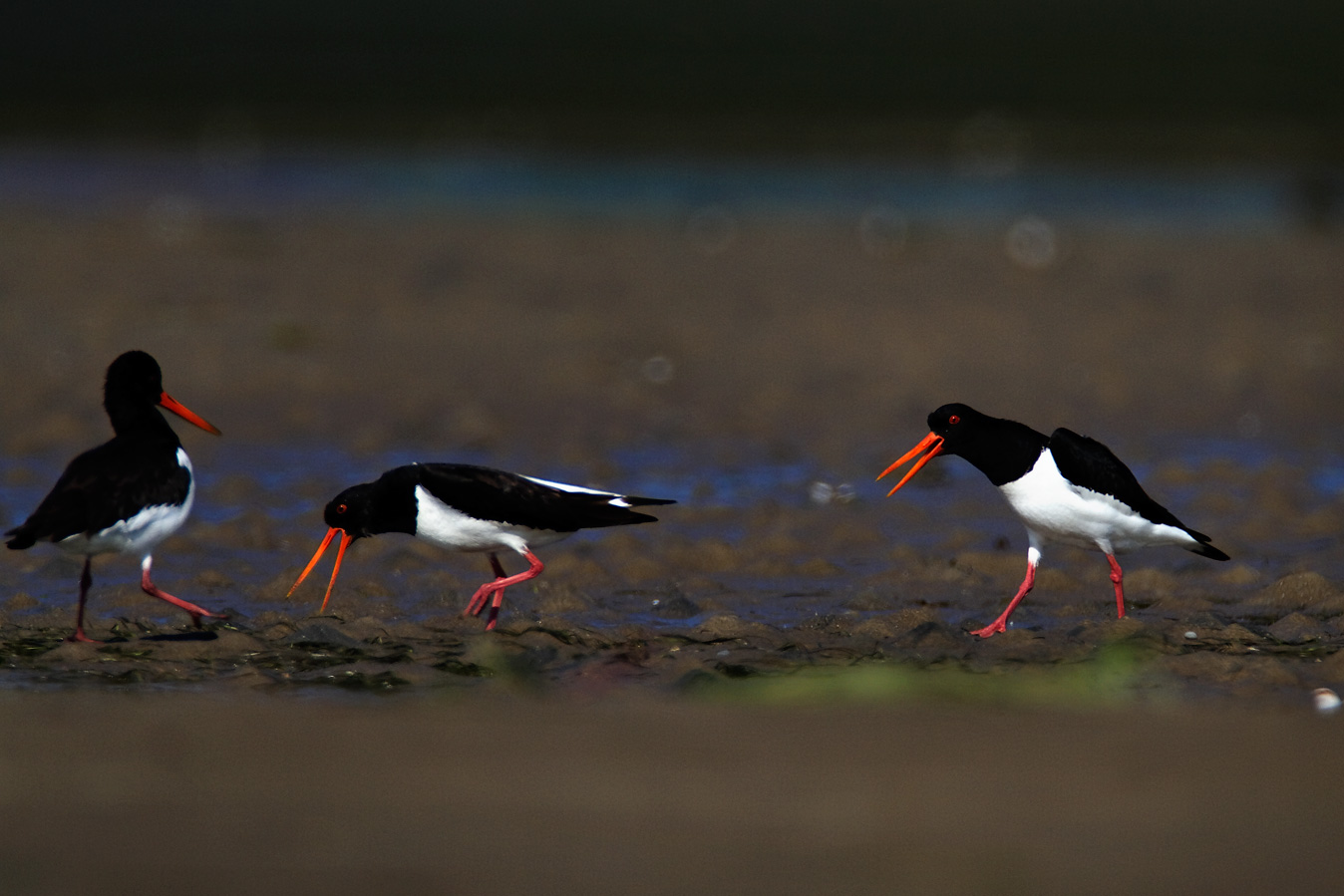 The Parila Lagoon is near the coast, at the very end of Neretva’s watercourse. Even at the last section of this tightly canalised shore, the delta doesn’t stop but extends into the sea. Although at high tide it seems that the sovereign ruler of this landscape to Pelješac Peninsula is the sea when the tide is low vast sandbanks are unearthed. Being pushed by deposits of new sediment, these sandbanks’ sediment was deposited by the Neretva. Seawater and freshwater intermix here creating specific conditions. This shallow habitat is ideal for the feeding of wetland birds and those that love mud. Halophytes – – grow along the coast in the shallows.

In summer, though, the Neretva’s mouth is taken over by people, so the chirping of birds is subdued by the chatter of bathers. Shallows and sandy beaches are ideal for families with small children. A little further on, kitesurfers are pulled by favourable winds providing an adrenaline-pumping experience.

The Neretva is no longer as it once was – it’s definitely at a turning point. Once watched and studied by ornithologist and great enthusiast Dragutin Rucner, the scene of large flocks of wetland birds flying over Šibenica in the evening and landing in the delta for the night no longer exists. The flocks are no longer large nor is the delta unspoiled. Nor do the people of Neretva have to force their way through the swamp aboard freighters and boats in wedding parties and funeral processions. The Neretva Valley has the necessary preconditions for developing sustainable agriculture and ecotourism alongside conventional holidaying, while maintaining its already disturbed yet still massive natural wealth. 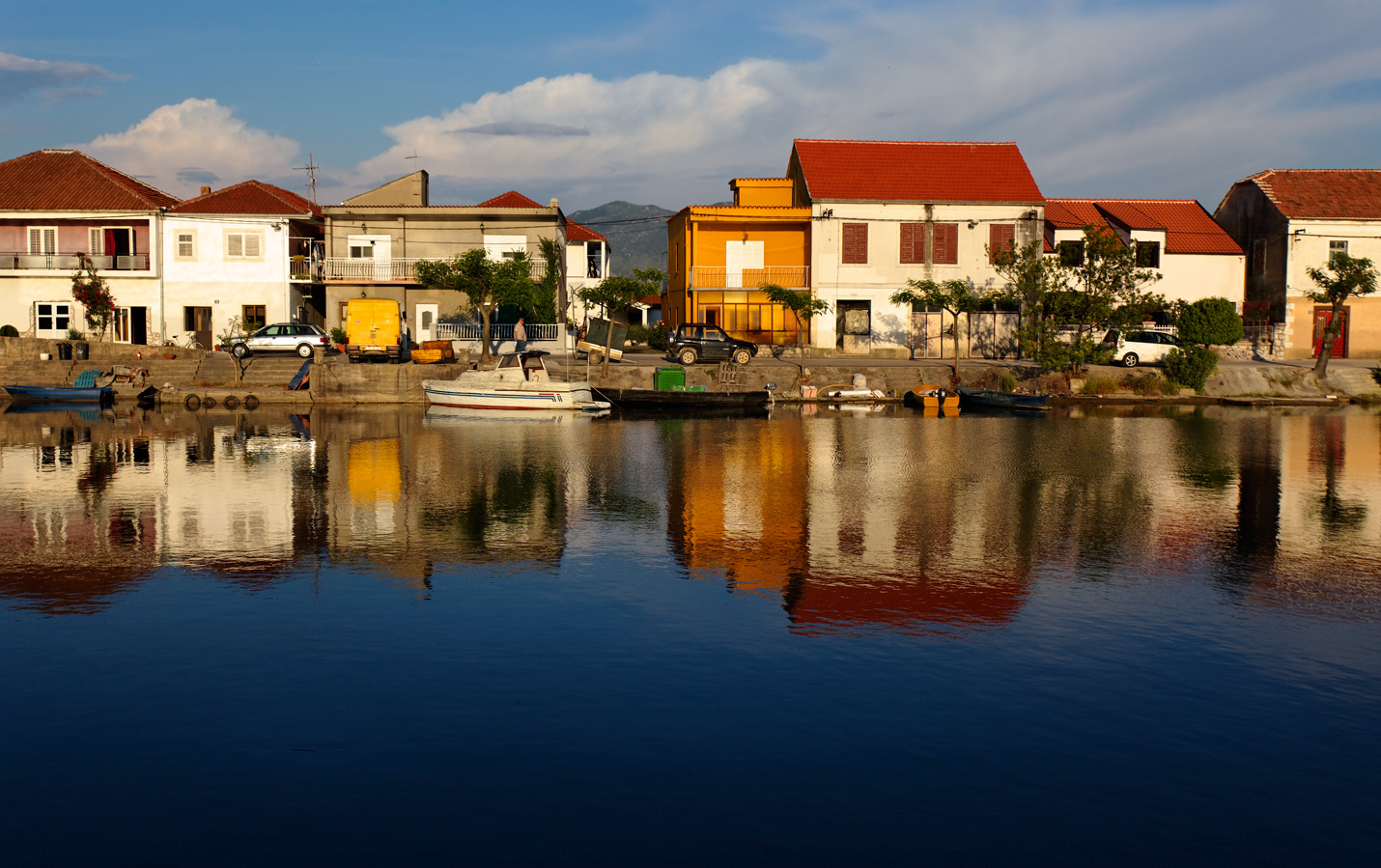 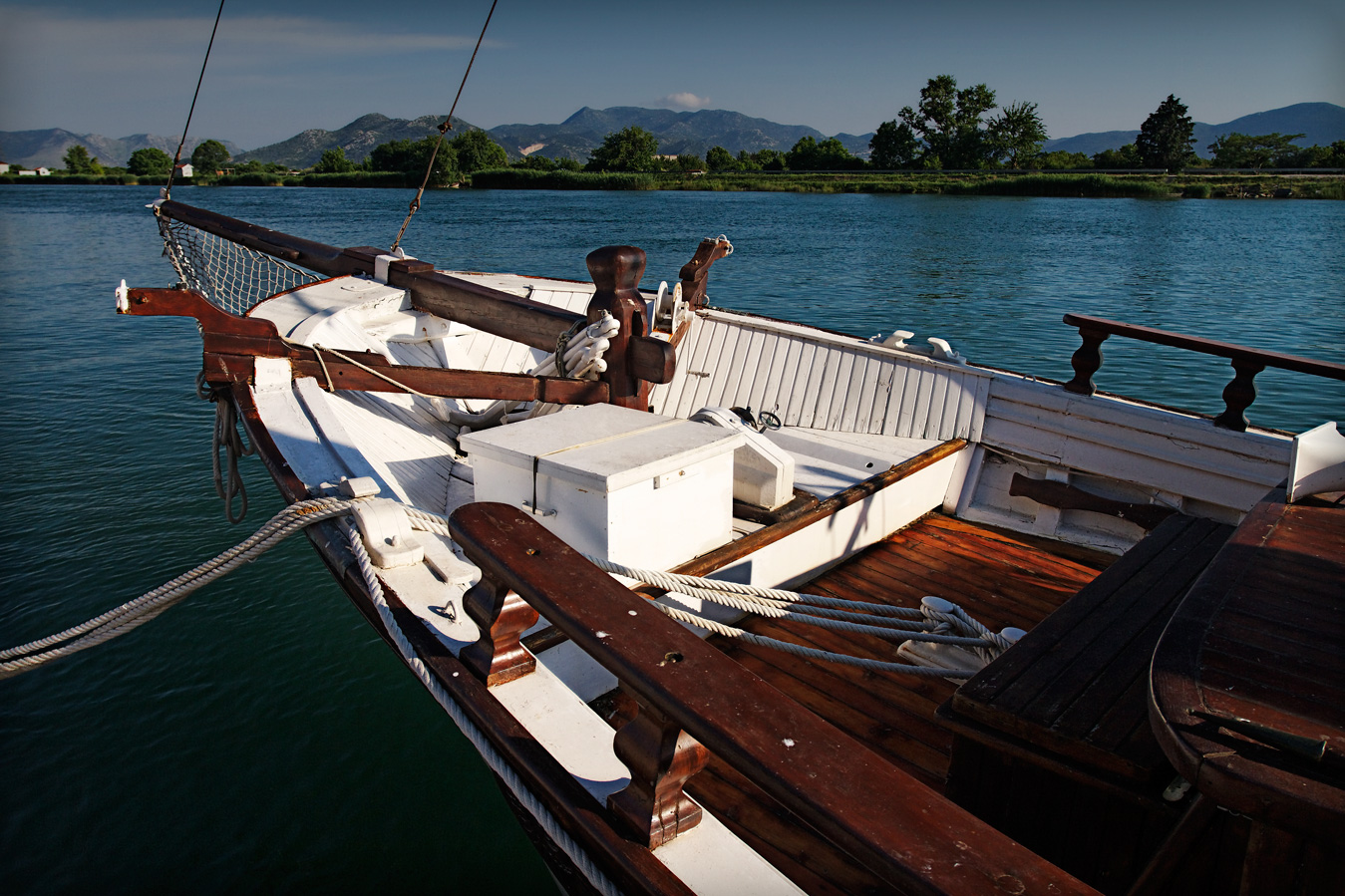 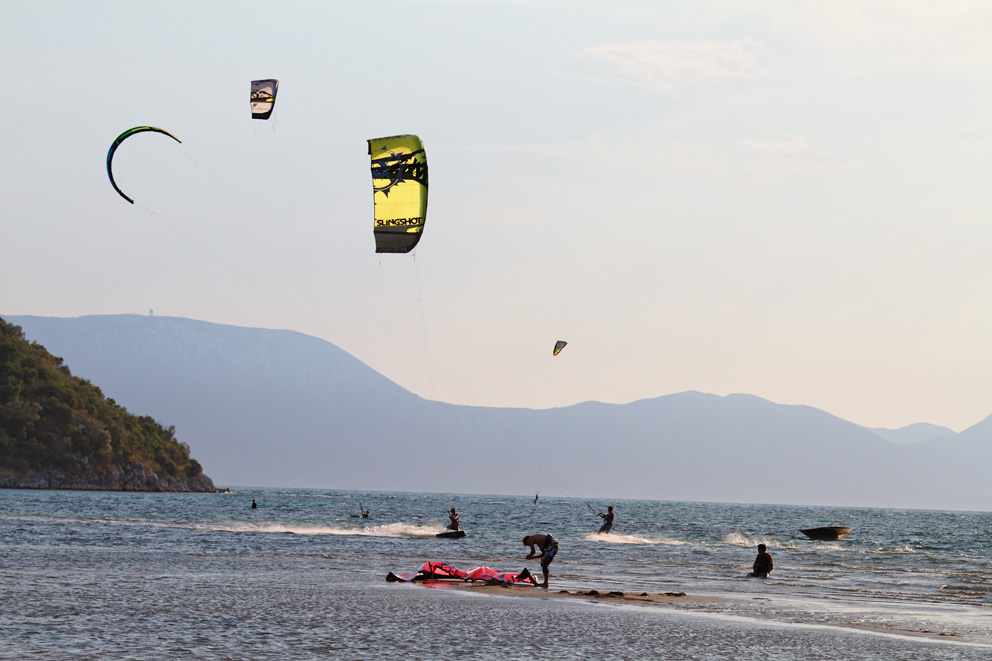 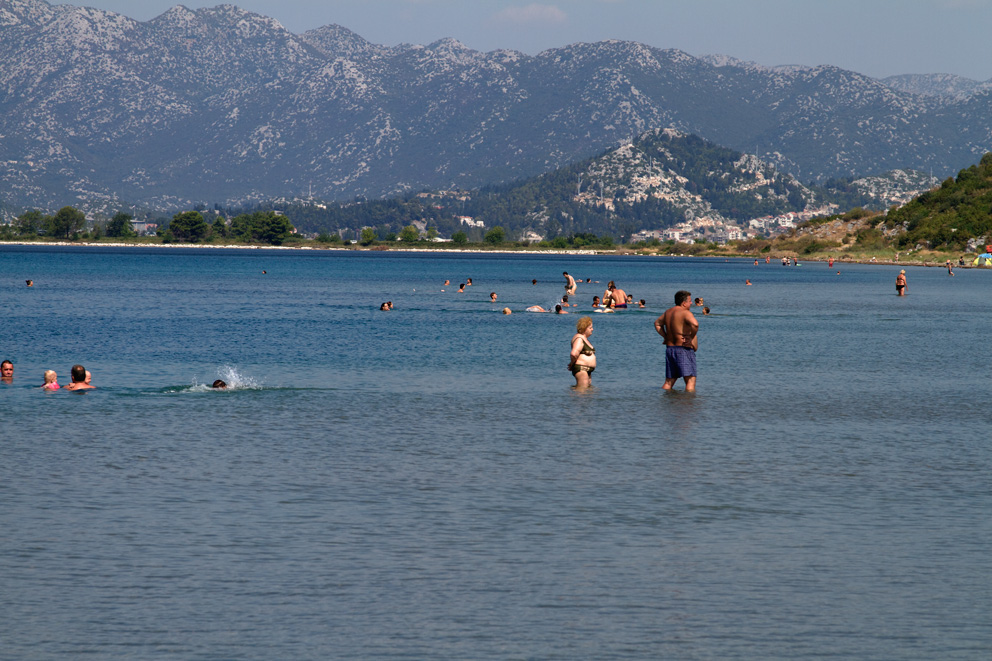 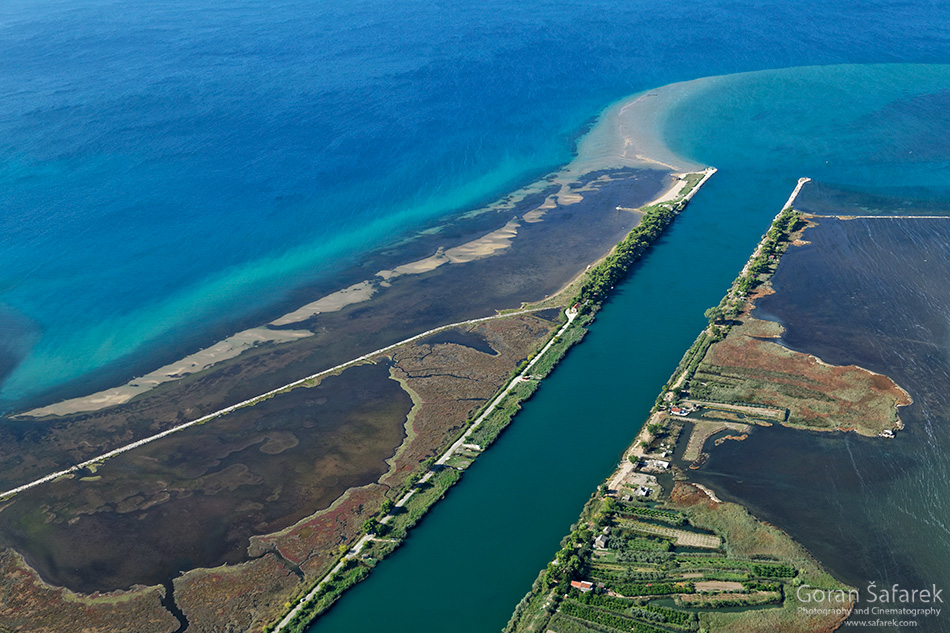 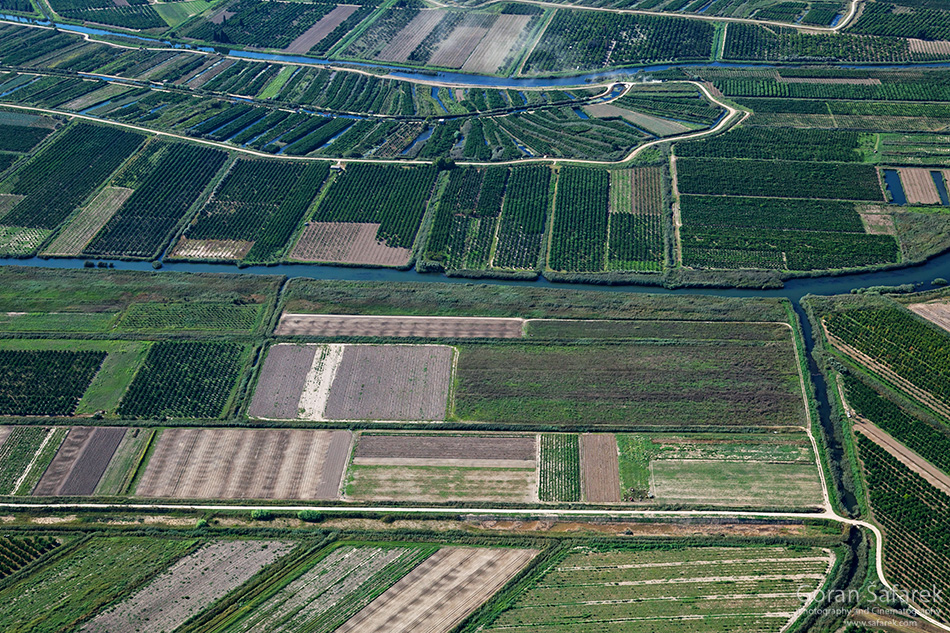 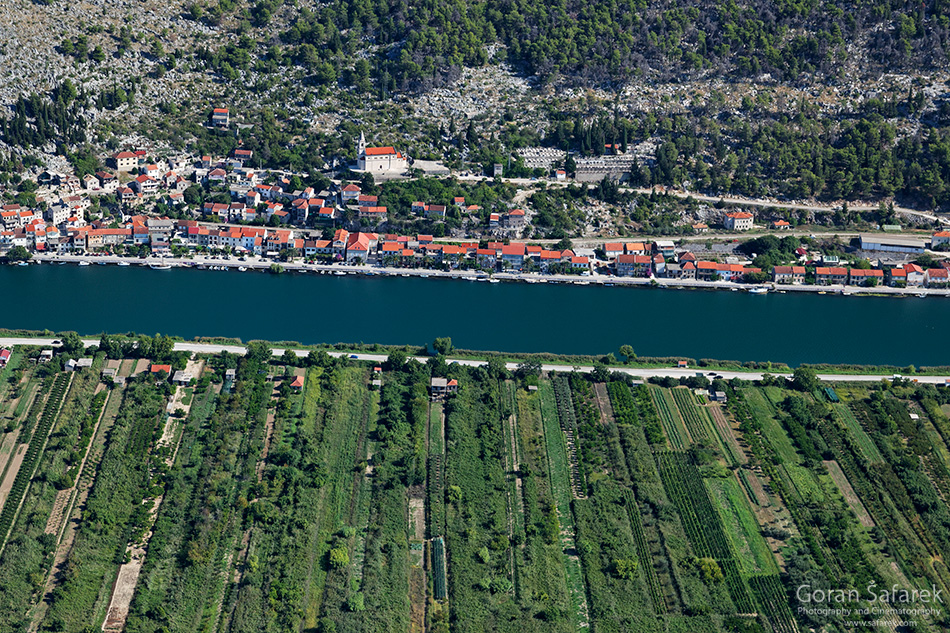 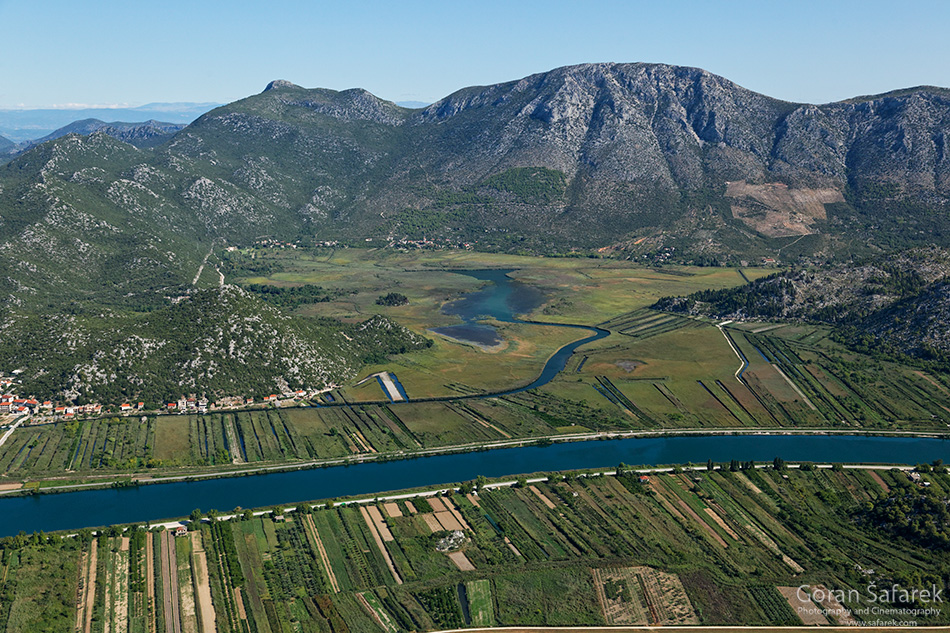 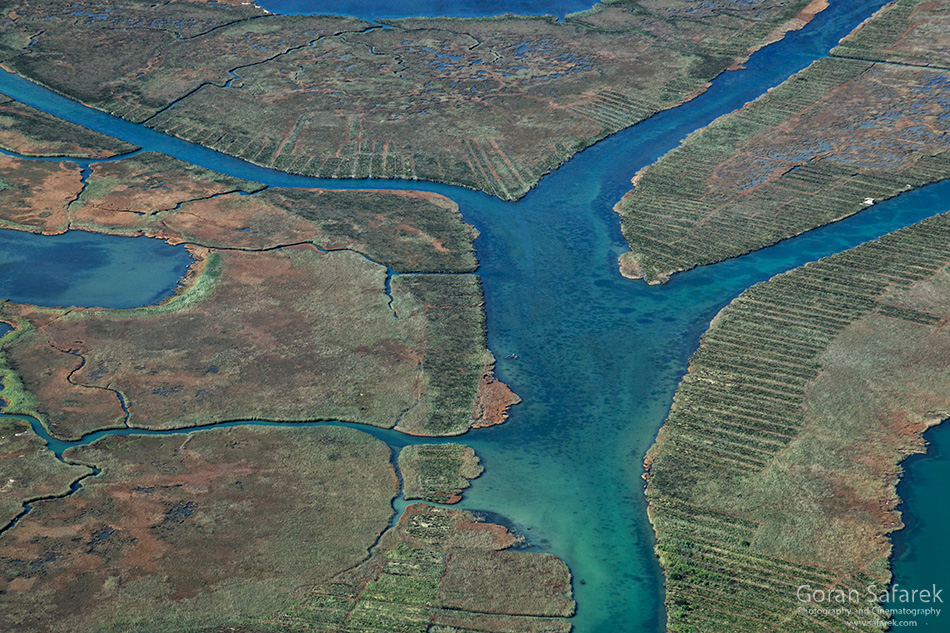 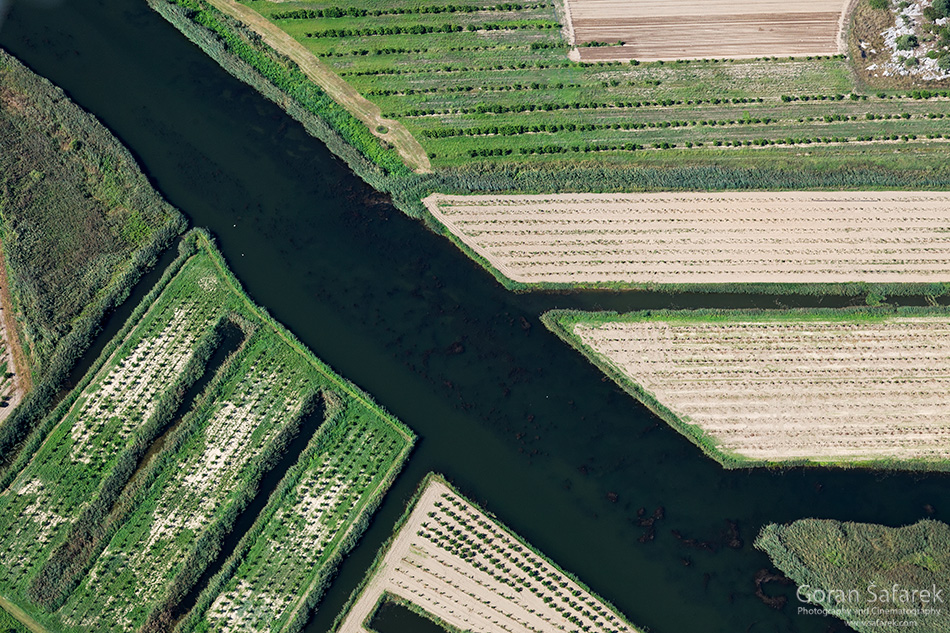 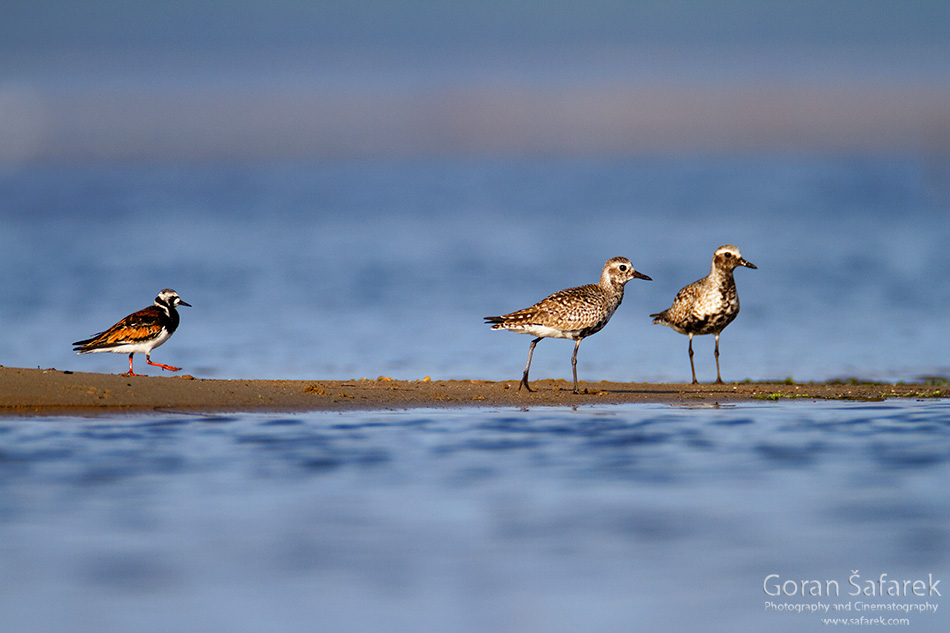 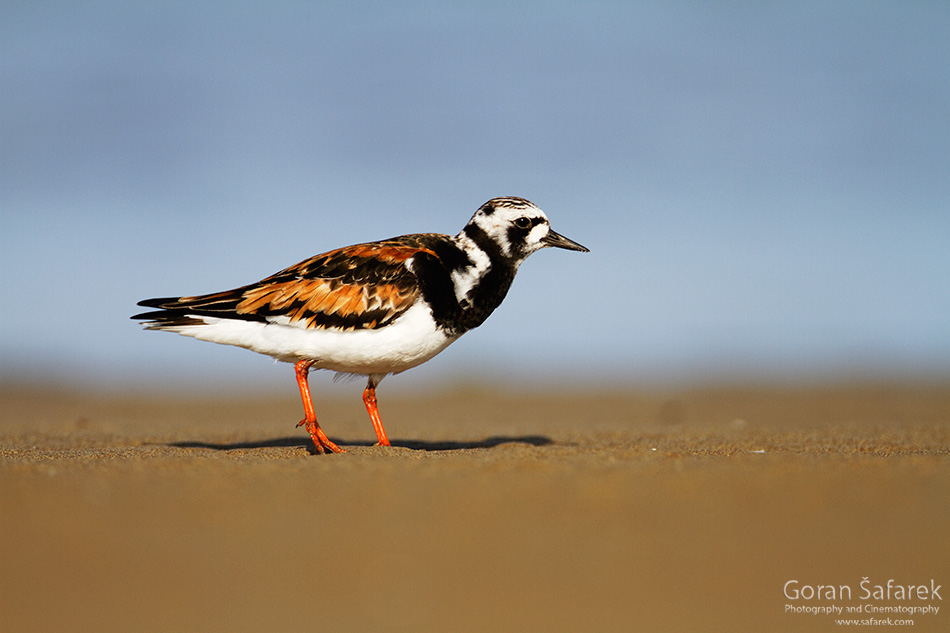 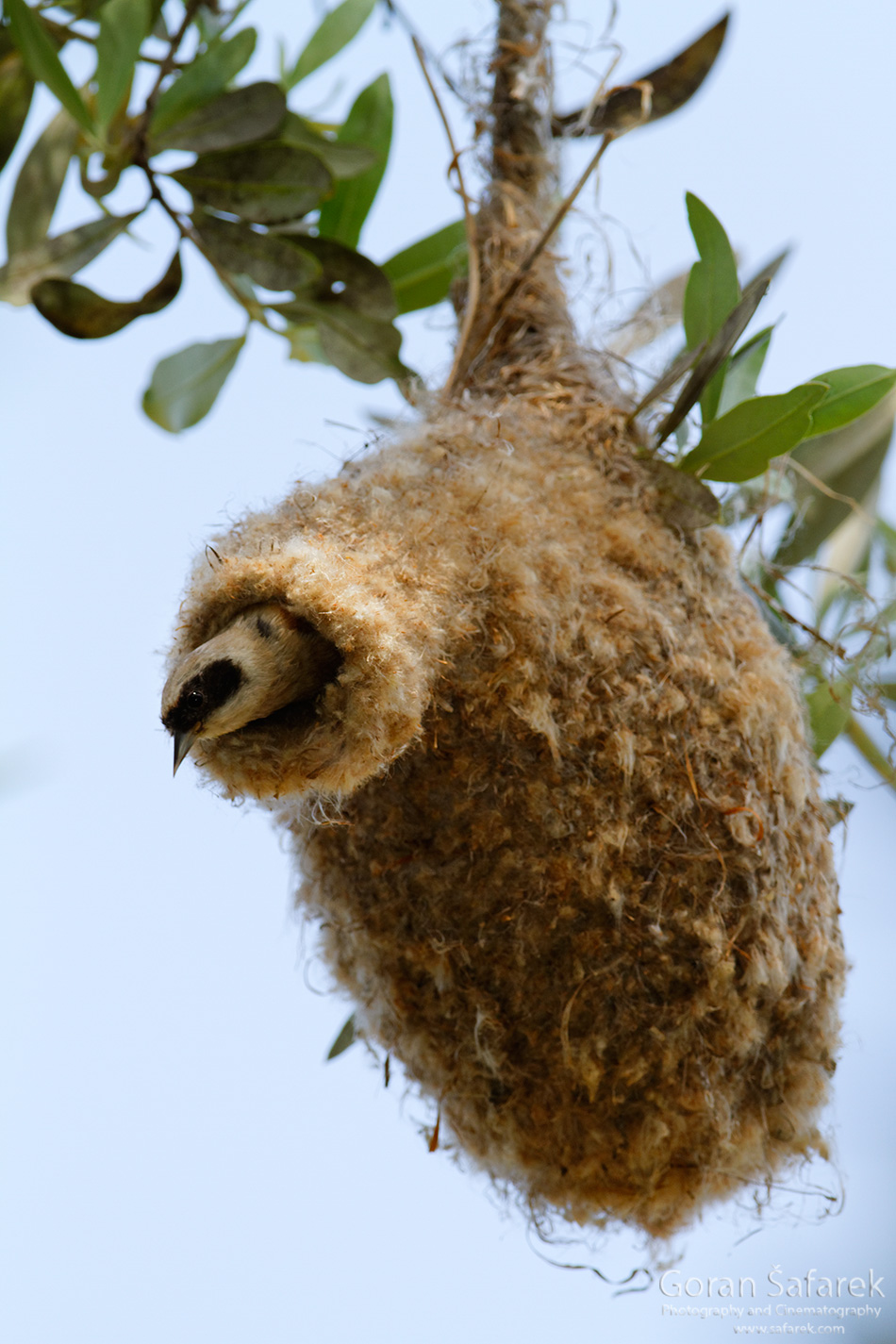 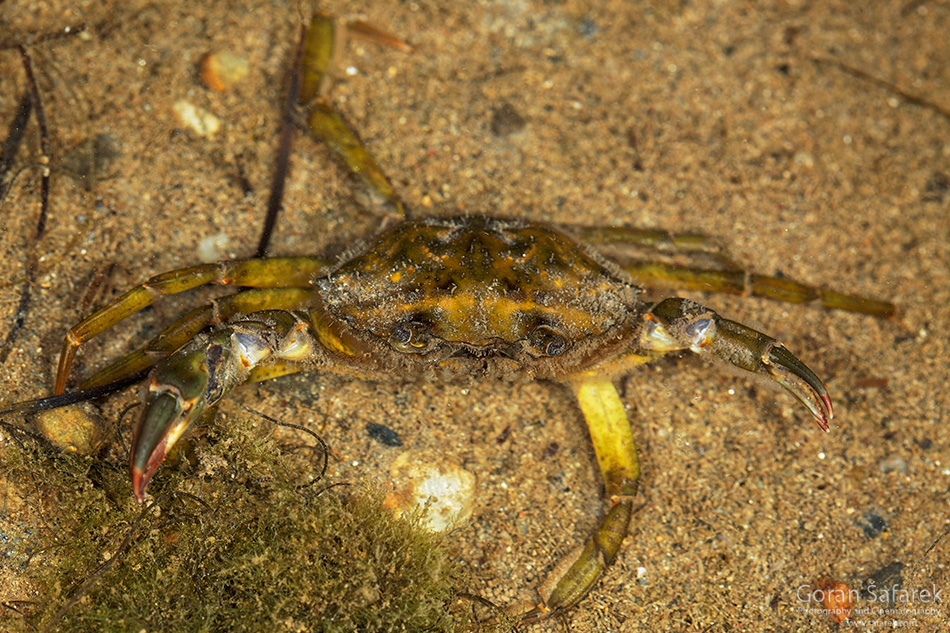 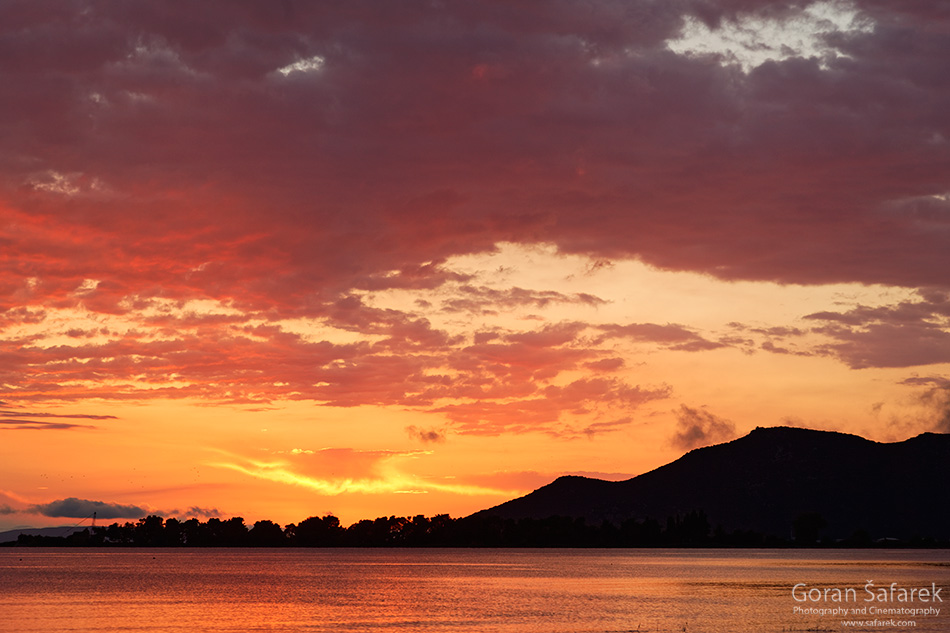 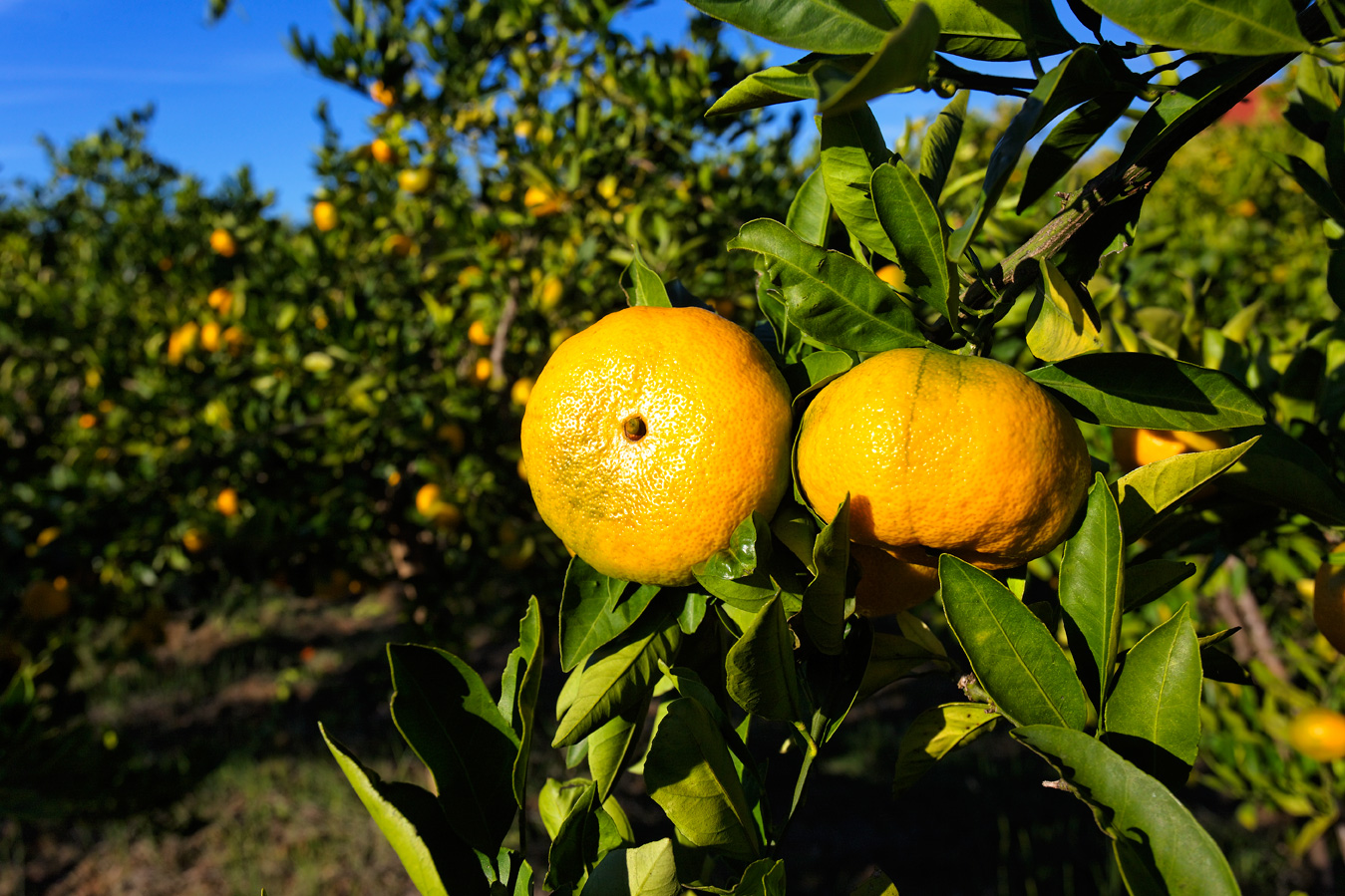 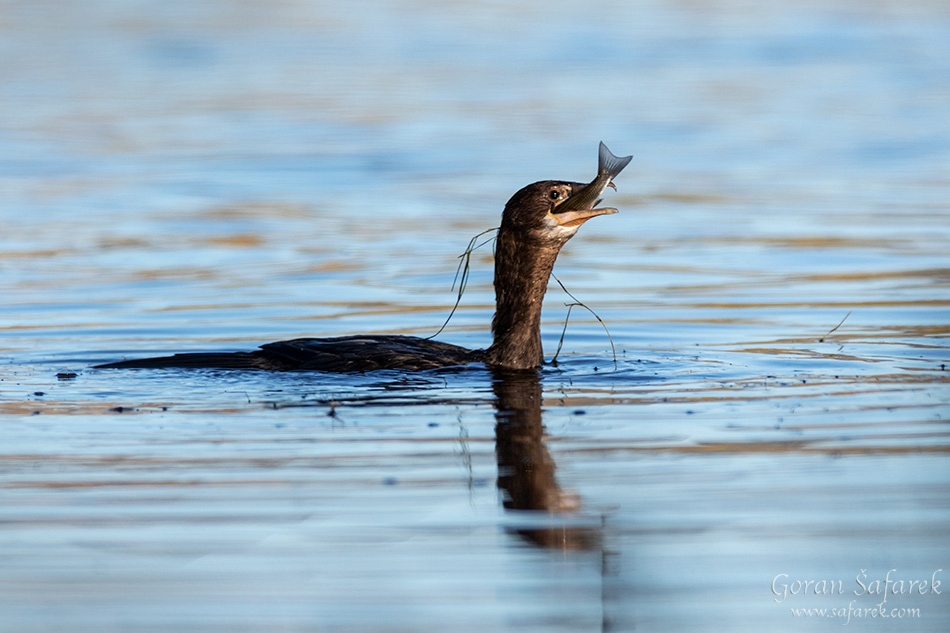 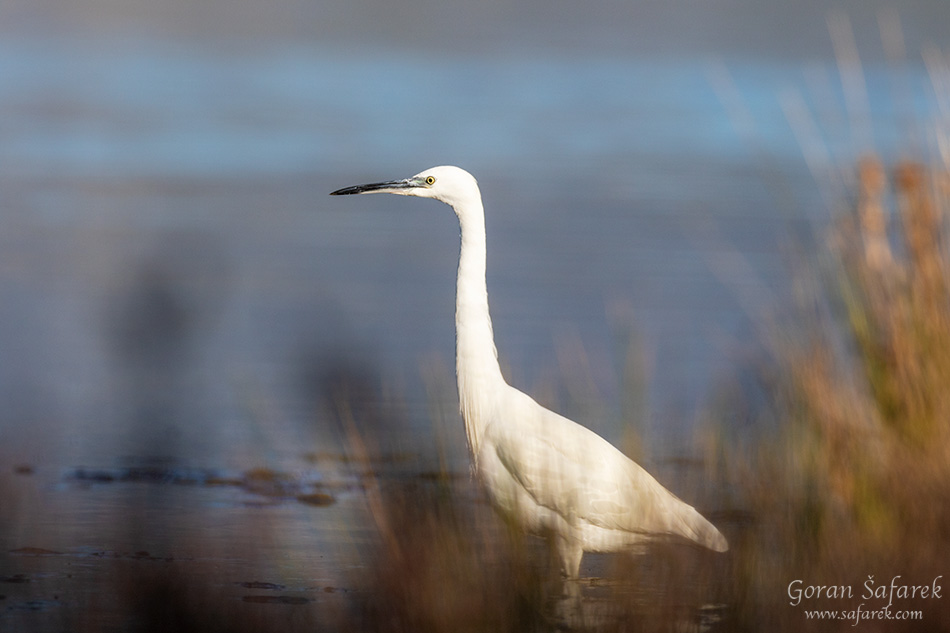 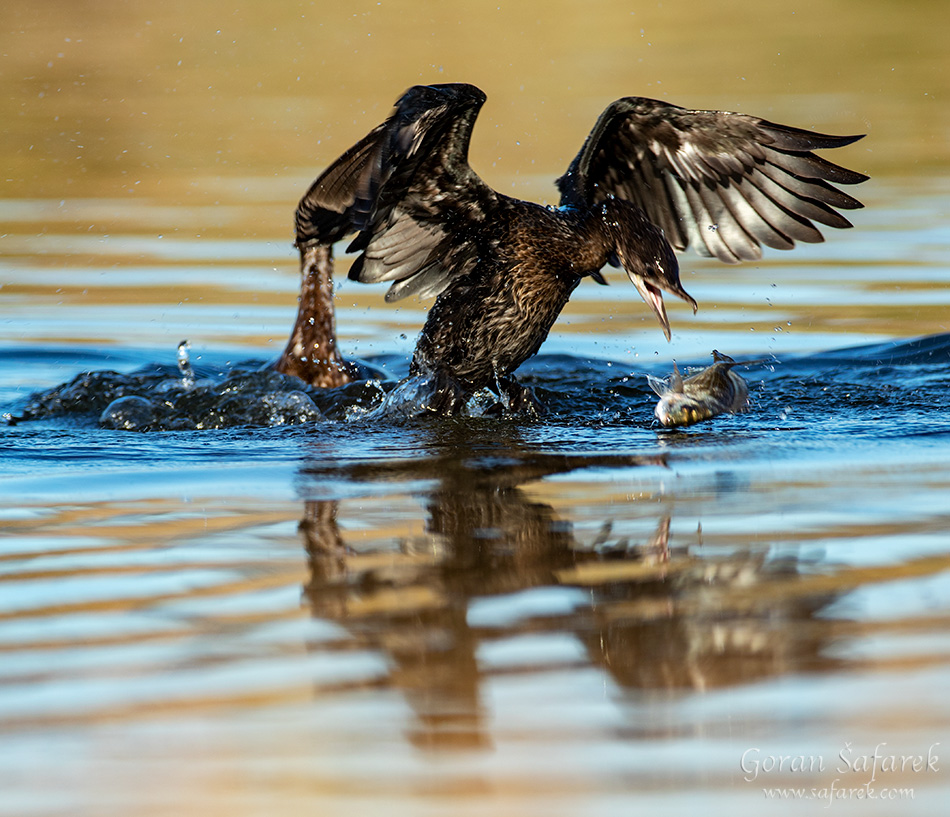 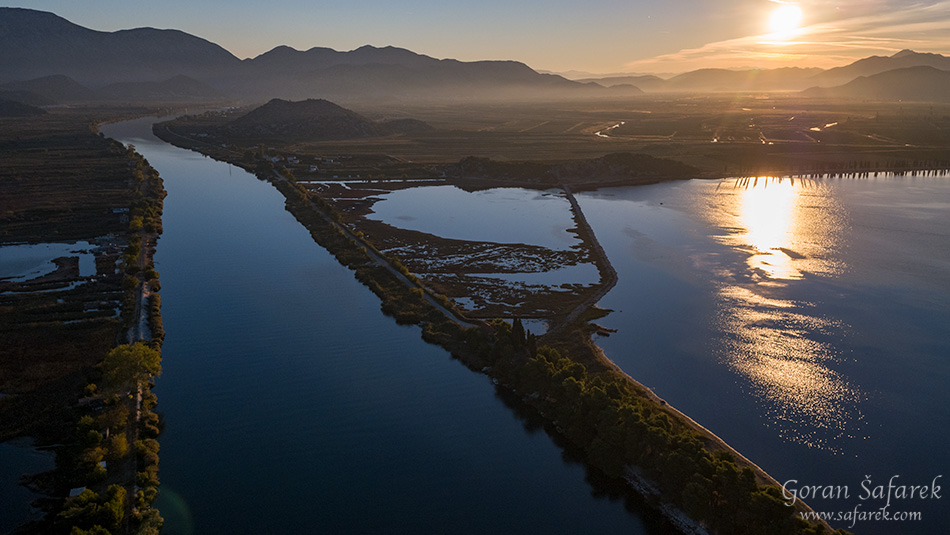 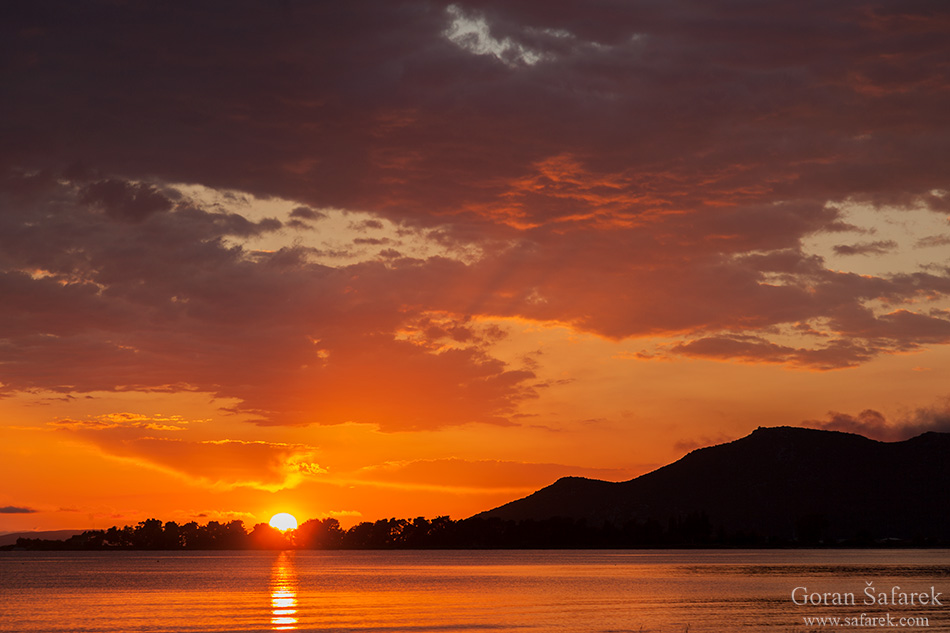 The Gacka River – a paradise for flyfishing!

The Cetina River – nature and adventure in interior Dalmatia