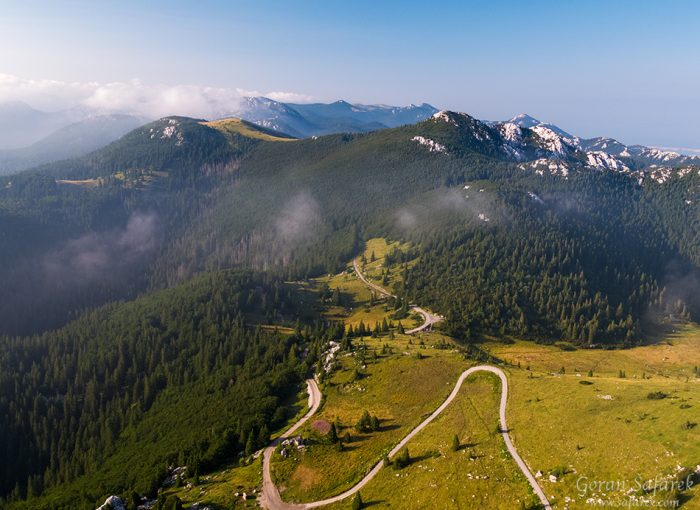 Zavižan is maybe the most famous place on the Velebit mountain. The good white road leads to this place; also, there are several mountain trails. This is a mountain hut and the meteorological station at the same time. The vistas are remarkable!

Velebit – the realm of wilderness

Velebit is a mythical Croatian mountain and home to Europe’s great trio − the lynx, the bear, and the wolf. Yet, they’re only the predatory top of a pyramid of an exceptional natural wealth that reaches endless forests and meadows, rocky peaks and invisible treasures beneath your feet, countless caves and chasms with a plethora of native species. The Northern Velebit National Park protects all this wealth. Whipped by strong northerly winds or the bora, soaked by rain and snow, this empire of nature and wilderness is often quite inhospitable to man.

See our guide to the national parks in Croatia

But, there’s also a warm, safe haven on Velebit, a place where hungry and frozen mountaineers can dry, warm-up and spend the night − the Zavižan mountain lodge at the foot of Vučjak, a karst peak 1594 meters above sea level. It’s literally above sea because it overlooks not only the untamed expanses of Velebit but also the Adriatic Sea and the nearby islands – to admire the setting of the sun over them all you have to do is turn your head. Sunsets over the sea are always spectacular here, especially from a nearby elevation. 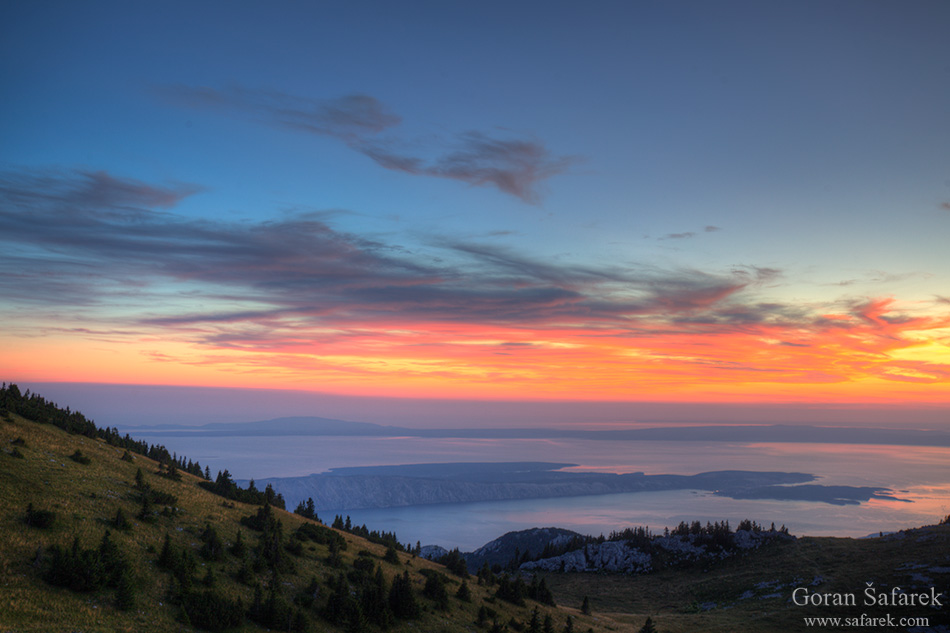 On clear days in winter when humidity levels are extremely low, from there, the view extends even further, all the way to Učka and Risnjak Mountains, and sometimes even to Medvednica Mountain above Zagreb. The open grassland itself surrounding the lodge stands for a mountain idyll, particularly when a herd of horses wander around pasturing, while the air echoes with the thud of horse hooves and neighs. Yet, Velebit is still a wilderness stage to Europe’s three large beasts − the bear, the wolf, and the lynx. Although they hide well in dense forests, their tracks reveal that they’re always around. But, there’s no need to concern yourself about encountering one as encounters with these animals are extremely rare. With a little luck, what you’re likely to stumble across are chamois, real acrobats on rocks, which there’s no shortage of on Velebit. The meadows of Velebit are home to a myriad of butterflies that add color to the motley assortment of mountain flowers − over 950 different plant species and subspecies have to date been recorded in the Northern Velebit National Park.

The mountain lodge is an ideal exploration base camp, with hiking trails spreading from it like octopus arms in every direction. There’s an eastbound hiking trail that leads across the grasslands of Krasnarska Jezera to Crkvina, the ruins of an old church − adry stone structure from the Middle Ages.

The main hiking trail or the starting point for your exploration of Velebit from the north starts in Oltari. The start of the famous Premužić Hiking Trail, meandering across Velebit all the way to Baške Oštarije, lies in the opposite direction. The first leg of this trail from Zavižan to Rossi’s Shelter stretches over an impressive landscape of karst rocks, and if it were not for tough fir trees, you’d think that you’re on an unknown planet. The water carved the stone into countless shapes ranging from blades and grooves to giant sinkholes. Beneath your feet lies another, invisible treasure of the national park − numerous caves and chasms which are home to many subterranean species that never see the light of day. 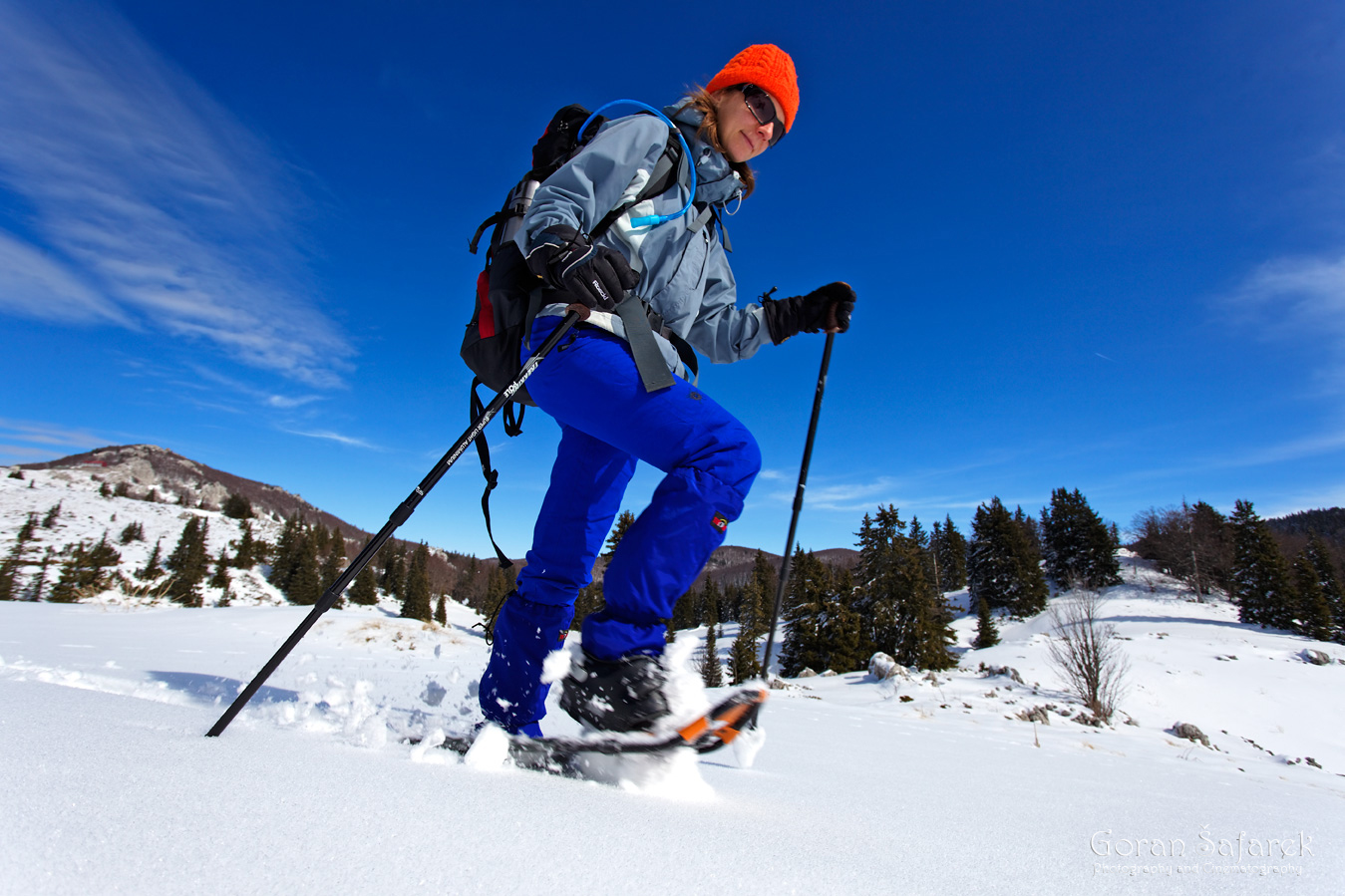 One of the shortest hikes on Zavižan is the one to the Velebit Botanical Garden in Modrić Dolac, only some fifteen minutes from the lodge. Depending on the bloom season, here you’ll come across some of the most beautiful and vital plants on Velebit. You’ll get to admire the delicate yellow flowers of Velebit’s degenia, native not only to this mountain but also to Croatia.

Read more about the hiking in Croatia

Even if you don’t have any mountaineering skills, climbing equipment and endurance, you’ll get to enjoy Velebit’s natural magic. A rough road leads to Zavižan, making it ideal for a short trip to the mountains and a nature escape. A hike to Rossi’s Shelter (the first leg of the Premužić Hiking Trail) is likely to be your first experience of Velebit and its wilderness, as well as of the splendors of nature. This hike is particularly convenient during the scorching heat of a summer’s day on the coast, when you may want to take a break from the hustle and bustle of beaches and the heat. However, you should keep a wary eye on the weather even in midsummer because the sunny blue sky can turn into cold clouds and fog in an instant.

Weather conditions are indispensable to the identity of Zavižan. The mountain lodge has a permanent resident − its caretaker, who also works as a meteorologist. The weather station on Zavižan is crucial for the collection and research of climate and weather data. It’s also Croatia’s highest weather station in the mountains that sends data uninterruptedly even in the middle of the harshest of winters, during thunderstorms, when the biting bora blows and during scorching summer heats. We owe a debt of thanks for this accomplishment to the Vukušić family from the village of Gornja Klada at the foot of Velebit, most of all to Ante Vukušić. Generations of mountaineers have gotten to know this well-natured, quiet and reserved highlander in his mountain fortress. But, being in a company is easy during the summer months. 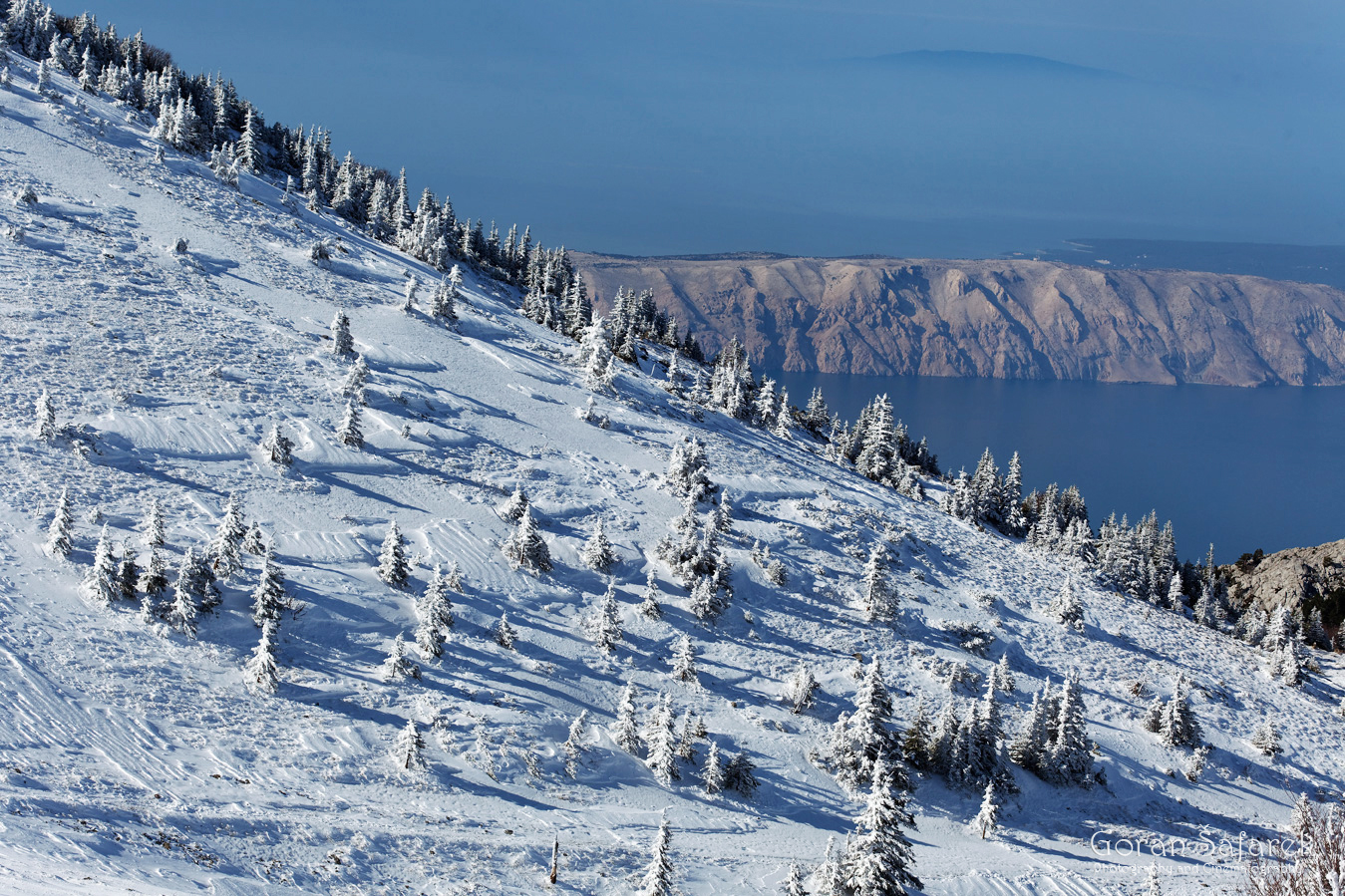 Winter on Velebit is long and harsh, and Zavižan’s challenging to access because it’s buried under a blanket of snow and ice. When even bears crawl into dens until the weather warms up, the howling of the wind and the creaking of the snow are often the only companions there are. Winter is a time to meditate, a time when extreme yet primordial nature reigns. Under a meter or so thick blanket of snow, all human activity traces often disappear and what remains are only natural forms.

On average, Velebit around Zavižan gets covered by snow as early as mid-October and there’s still some around at the end of May. Yet, in shady valleys and sinkholes the snow and cold weather stick around even longer, in deep chasms even all year round. In February and March, Zavižan’s literally buried under a snow carpet, the average depth of which is about 130 cm. The deepest ever recorded depth of snow on Zavižan was measured in March 2013 at 322 cm. Under the weight of snow, beech trees typically bend at the lower part of their trunks. Strong winds carry snow blowing up even stronger gusts and deeper snowdrifts, once measured at as many as 15 meters deep. The bora is the most notorious wind that blows from the mountain whipping the coast and gusting intermittently yet strongly at up to 180 km/h. The sea is then spotted with the white crests of short waves. You’ll find shelter from the mountain’s cold breath only in well-insulated facilities. On Zavižan, strong winds blow for almost four months. In conjunction with icy winter temperatures, which can plunge to -30°C, Velebit can be a truly inhospitable place to live.

This is why people visit Zavižan mostly during the short and fresh months of summer, with the mountain lodge and weather station becoming the epitome of wildlife and mountaineering in Croatia. It’s also the heart of the Northern Velebit National Park.

Zavižan is maybe the most famous place on the Velebit mountain. The good white road leads to this place; also, there are several mountain trails. There is a mountain hut and the meteorological station at the same time. The vistas are remarkable!

Located on the northern Velebit, at the edge of the national Park Sjeverni Velebit (North Velebit), is Zavižan. It is a well-known toponym, a mountain hut, and a meteorological station at the same time. Thanks to its connectedness with the road, it’s a major hub for hiking on Velebit, most often either the beginning or the end.  Due to the same reason, it is a very popular daily excursion.

The Velebit trail starts from Oltari village on the very northern rim of the mountain. Then, there is a trail leading directly to the coast. Finally, the famous Premužić trail begins here. Additionally, several other branching lets you explore the nearby peaks. The nearest is Zečjak, a promontory from where you get great vistas to the Adriatic coast. Also not to miss is a small botanical garden.

The hut and the station is located beneath the smaller hills, protected from the winds. The vistas are extraordinary, even from the hut’s terrace. From one side, you can peek into the wilderness of the Velebit, and on the other to the sea.

There are several rooms and a dorm in the hut. The price is 70 for the dorm and 80 kn for the room per person. No food is on offer, but you can use the stove. There are water and electricity.

Spacious parking space some 15 minutes from the building is a last stop with the car; only national park staff and from the hut itself are allowed further. 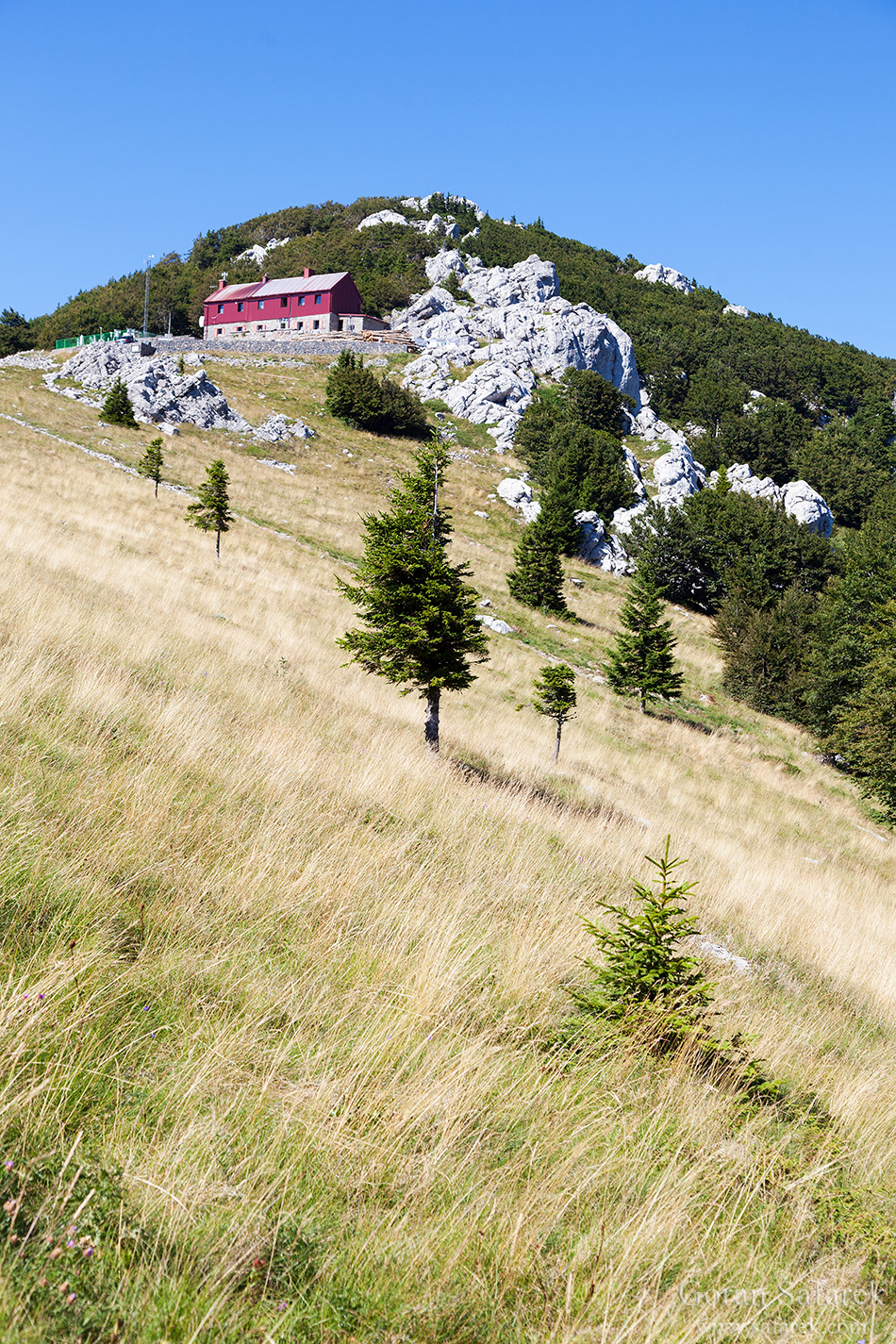 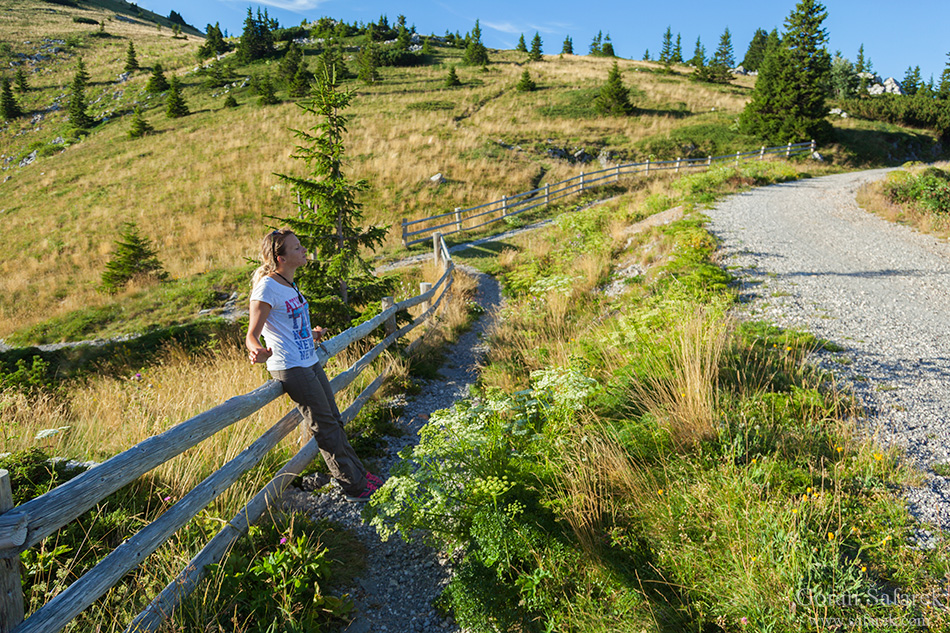 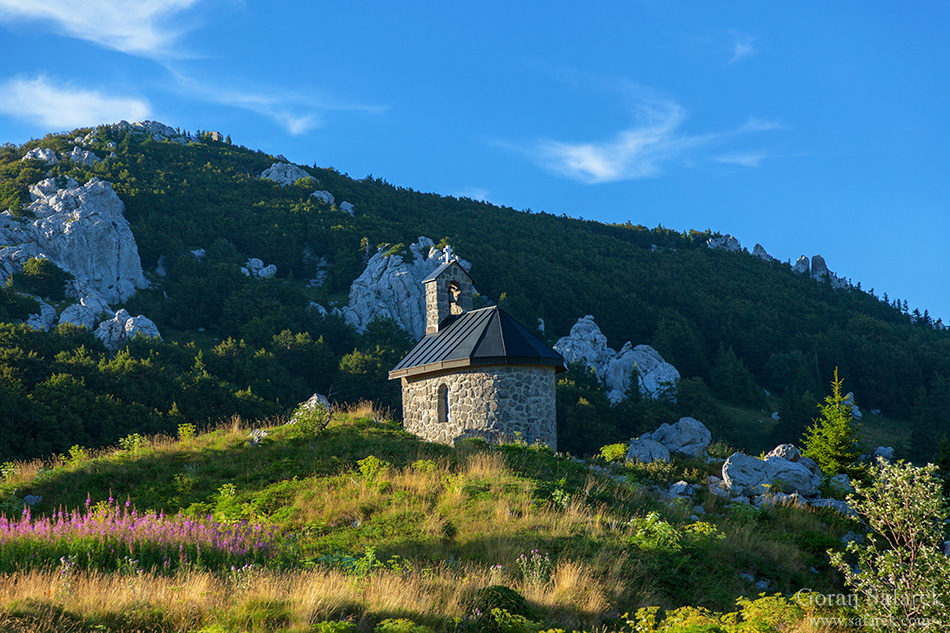 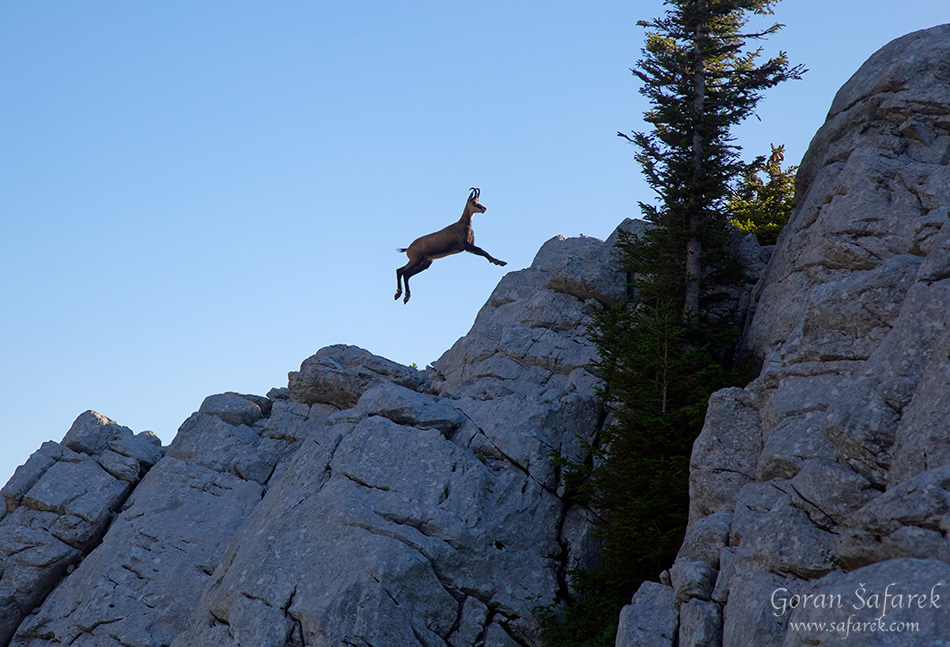 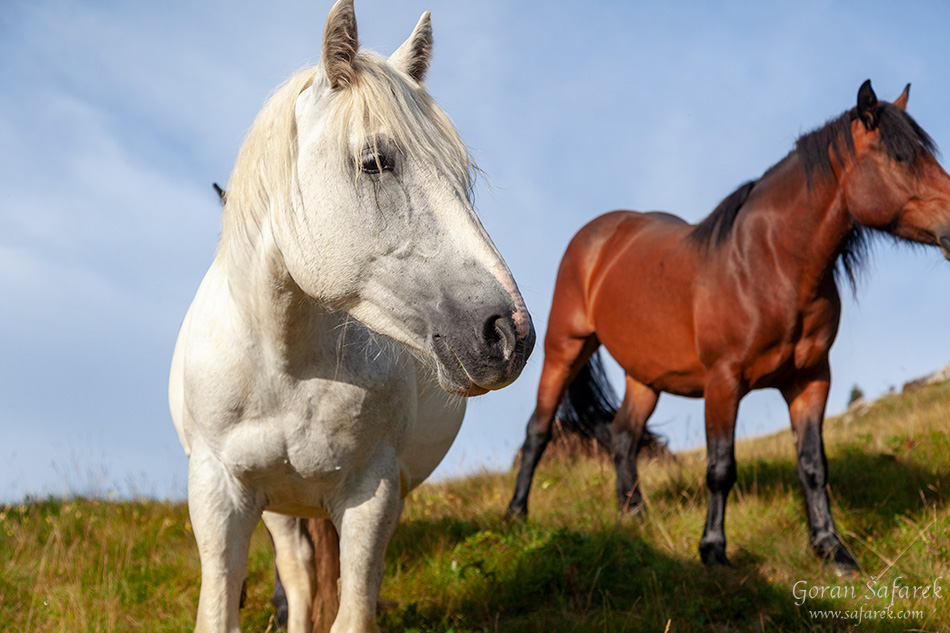 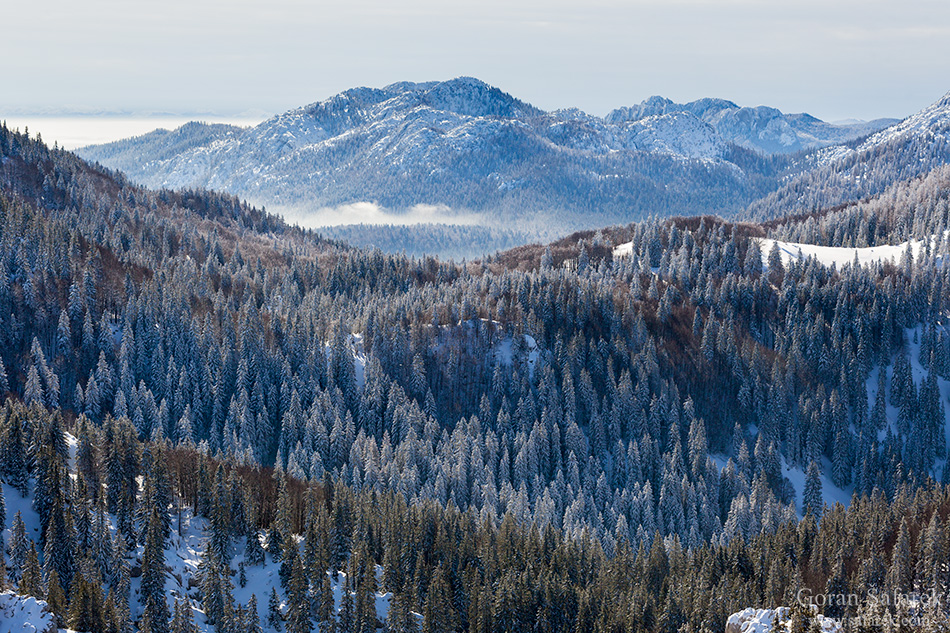 Omiš – the gate to the Cetina River